What is a rootstock?

The different pear tree rootstocks control the tree’s size, vigor, precocity (how early the tree bears fruit), cold hardiness, and partly disease resistance (such as to fire blight). In order to grow a reliable and high quality fruit tree, growers graft the scion, which is above the ground and responsible for the fruit’s characteristics and disease resistance, onto the rootstock, which is underground.

In this article we will cover:

Although fruit tree growers practiced grafting for centuries, most of the rootstock growers now use have been developed only in the 20th century. In fact, most pear rootstocks come from three species, pyrus calleryana (a pear tree native to China and Vietnam), pyrus communis (a type of wild European pear), and cydonia oblonga (Quince).

Below, we describe the most popular and successful pear tree rootstocks and their characteristics, such as the height at maturity.

Quince C is a dwarf rootstock that can be pruned to about 7-8’ in height. Additionally it can grow well in most good to average soil. Moreover, it will start bearing fruit in 2-3 years.

Pyrodwarf is a dwarf rootstock that can grow to 6-8’ tall with regular pruning. As with other rootstock, growing it in a good soil will allow the tree to bear better and higher quality fruit.

OHxF 87 produces semi-dwarf trees that are resistant to fire blight and pear decline. Additionally, it is one of the best producing rootstocks of the OHxF series.

OHxF 333 is a semi-dwarfing pear rootstock with a resistance to fire blight, collar rot, woolly pear aphids, and pear decline. However, it is not very precocious and gives few fruit.

Quince A produces trees about 9-14’ tall and somewhat more vigorous than Quince C. Additionally it grows well on average to good soils. Moreover it is cold hardy and very productive in about 3-4 years.

Quince BA29 produces vigorous trees which are ideal for orchards. Additionally it is cold hardy and extremely productive. Moreover, it does well on poorer soil.

OHxF 97 is not only resistant to pear decline and fire blight, but also provides good anchoring and yield efficiency. Additionally, it’s hardy and resilient to cold. Because of its vigor, it is best planted 8-12′ apart in a row. Moreover, OHxF 97 is less precocious than OHxF 87.

OHxF 40® produces semi-standard/semi-vigorous pear trees. Additionally, they are resistant to fire blight, crown rot, woolly pear aphids, and pear decline. They are also precocious and well-anchored. However, if you graft onto Bosc scion, the tree won’t be very precocious and will have fewer and smaller fruit.

Pyrus betulifolia produces vigorous trees which can tolerate a wide range of soil conditions. Additionally, it’s the most resistant to psylla feeding and pear decline when you graft it to a Bartlett scion. If you graft onto an Asian pear, the trees can grow to about 9’ tall with pruning since Asian pears are naturally small and precocious.

How to Select a Rootstock

When choosing a rootstock, the two primary considerations are how compatible the rootstock is to the scion and secondly the climatic and environmental conditions of the site. Some of these environmental considerations include how well the rootstocks adapts to the soil and the disease pressure on the site. Other considerations include productivity and precocity (bearing at a young age), how well the rootstock anchors, and what size tree is optimal for your site. Moreover, a rootstock that grows well in one location, may not grow well in another. In some cases, you may even want to plant a less vigorous tree since if you plant in ideal soil, you can control the tree’s height, reduce pruning costs, and maintain a high yield.

If you would like to have high-density plantings, you can choose dwarf rootstock such as Quince. However, since Quince is not compatible with many varieties such as Bartlett, Bosc, Forelle, Packham, Triumph, Winter Nellis and Eldorado, you must use an interstock (intermediate graft section). If you can plant larger trees, you can use other semi-dwarf, semi-standard, or standard varieties such as the OHxF or any Bartlett seedling rootstock.

For Asian pears, Pyrus betulifolia or Horner is a very compatible rootstock. For European pears, the OHxF series, especially the OHxF 87 and 97 are great choices. Not only are they resistant to fire blight but they also produce healthy trees. 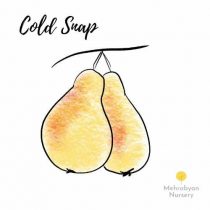 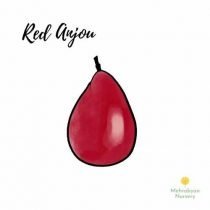 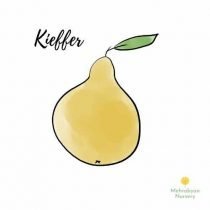